Variation #3 on the holy innocent

Variation #3 on The holy innocent is like a fragment of a mechanic opera. At regular intervals, an automated torture machine raises a whip with a screeching noise and strikes it brutally against a dark wall located diagonally in the middle of the hall. With each booming blow, a ghostly image appears projected for a split second on the opposite side of the wall.

The origins of this work by Mapa Teatro date back to a project initiated in 2009 about a particular festivity -the celebration of the Holy Innocents on the Colombian Pacific coast-, where the line separating festivities and violence is extremely tenuous and fragile. What is special about this traditional festivity is the paradoxical relationship with pain, recalled through the whip that the townsmen, dressed as women and transgressing the role of the colonial master, lash onto the unmasked population.

The pain inflicted on the bodies by the whip is a way of remembering the pain caused to the people of African descent during colonial times and all the later violence suffered in the region. But at the same time it is a paradox, it is a moment of liberation, an act of civil resistance. The festivity acts as a liberating force in order to cathartically exorcize the very conflict this community suffers, always subject to the forces of the state, the paramilitary or the Colombian guerrillas’ armed conflict.

Thus, in this celebration we experiment a paradox, and we found particularly interesting transposing it to this device. 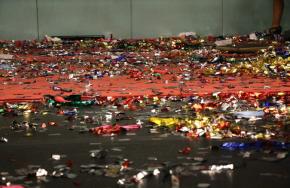